We would like to offer our sincere support to anyone coping with grief. Enter your email below for our complimentary daily grief messages. Messages run for up to one year and you can stop at any time. Your email will not be used for any other purpose.

Share a memory
Obituary & Services
Tribute Wall
Read more about the life story of Willard and share your memory.

Willard Lyvon Mercer of Middleburg, Florida, passed away suddenly on December 16th, 2022 at the age of 87.

Willard graduated from Andrew Jackson High School, after his graduation he worked with his family constructing homes. Willard later worked as a truck driver and after many years of service he retired from Carolina Freight Company.

Willard served as a minister until his death. He served in various positions at Gospel Lighthouse Church, Westside Family Worship Center, and served as the minister for the Ponderosa Campground Chapel in White Springs. In Willard's younger years he played softball in various church leagues.

Willard cherished his family, faith, and friends. He enjoyed playing his guitar, singing, dancing, and listening to music. He was a devoted Seminole football fan.

Willard was a kind, hardworking, non-judgmental man with a wonderful sense of humor, he was always smiling.

Willard enjoyed living life his way and had friends from all walks of life.

Willard will be greatly missed and in our hearts forever.

To send flowers to the family or plant a tree in memory of Willard Lyvon Mercer, please visit our floral store. 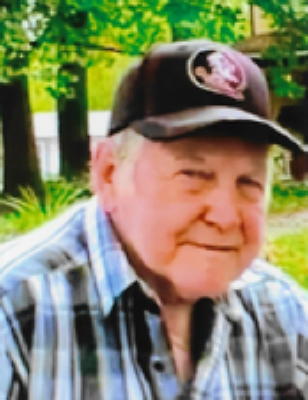 In Loving Memory Of

Look inside to read what others
have shared
Family and friends are coming together online to create a special keepsake. Every memory left on the online obituary will be automatically included in the book.

In Loving Memory Of

Look inside to read what others have shared

Family and friends are coming together online to create a special keepsake. Every memory left on the online obituary will be automatically included in the book.

You can still show your support by sending flowers directly to the family, or by planting a memorial tree in the memory of Willard Lyvon Mercer
SHARE OBITUARY
© 2023 Giddens-Reed Funeral Home. All Rights Reserved. Funeral Home website by CFS & TA | Terms of Use | Privacy Policy | Accessibility